If any of you were fortunate enough to live close enough to a river or lake for it to be part of your daily exercise walk during the main lockdown, you may well have seen signs of spawning fish.

There’s been a heck of a lot more spawning going on since travel for angling has been  allowed again on stillwaters and canals across Britain.

During the break, I observed glimpses of both pike and dace spawning on my local river. As temperatures have held up, the barbel and chub will have started spawning, too, in many rivers.

This is before the rivers reopen in England and Wales for coarse fishing, on June 16. Sometimes the main spawning happens after the re-start.

On stillwaters, pike finished spawning many weeks ago. Carp and tench will be the species that you are most likely to observe spawning at any time from late-May onwards.

Some lakes have already had a short period of closure when carp are spawning hard. That’s despite the waters having just been able to reopen to angling under lockdown easing.

But should we actually be fishing for fish carrying spawn? It‘s a question that arises very frequently, most notably with reference to the rivers Close Season regulations.

The initiation of the spawning process is driven by day length, an increase in daylight stimulating the production of the hormone gonadotrophin, which drives the spawning act.

Once hormone release has commenced, the precise timing of spawning is governed locally, usually by water temperature, and this can make a huge difference at both the species and geographical level.

Differences in timing arise for a couple of key reasons: first, because each individual species has a trigger temperature that kick-starts the process, this often determined by the natural range of the species.

When do fish spawn?

For example, non-native species originating from areas with a stable, warm climate tend to require a warmer temperature than a native British species.

Second, seasonal and local differences play a huge role, too. Cool spring and summer months will delay the process, and northern waters will tend to hit the trigger temperature later in the year than warmer southern waters.

Conversely, a hot spring, like we’ve been enjoying in 2020, may trigger an early spawning.

As far as spawning metabolism is concerned, the biology of all species is driven by one of the key evolutionary requirements – to reproduce.

It should therefore come as no surprise to learn that the biological preparation for spawning commences as soon as a fish has recovered from the rigours of the previous year’s attempt to reproduce.

Those dace that I observed spawning while I was walking in April will already be preparing to spawn in spring 2021.

Most species, certainly cyprinids, will be investing energy in the growth of new gonads (sexual organs) this summer.

By autumn these gonads will have enlarged hugely, and the fish will already be waiting for the next spawning trigger.

Should you fish for them?

Fishing while fish are actually engaging in the physical spawning process is a slightly different matter.

There is little hard science available outside of the arena of commercial fishing for marine species. Fish actively involved in the spawning act will not feed, the urge to spawn being far greater than the urge to feed.

The problem here is more one of environmental disturbance and the potential to foulhook fish engaged in group spawning.

But, given that species spawn at different times, should a mixed fishery be closed to fishing by, say, bream anglers while the carp are spawning? Or vice versa? Of course not.

That a limited Close Season, such as the March 15 to June 15 rivers shutdown, does not protect all spawning fish is well established. That fish are rarely not biologically preparing to spawn is scientific fact.

Anglers have an environmental responsibility to exercise common sense and to fish (or not) appropriate to the conditions, but if we were to avoid targeting fish before spawning totally, we would actually not fish at all. 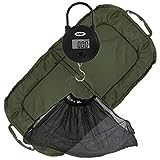 Powered by Angler's Mail
About our deals
We continually check thousands of prices to show you the best deals. If you buy a product through our site we will earn a small commission from the retailer – a sort of automated referral fee – but our reviewers are always kept separate from this process. You can read more about how we make money in our Ethics Policy. 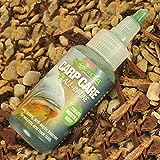 CAUGHT A FINE FISH, GOT A  STORY OR  VIEWS TO SHARE WITH US? Email us, with or without photos, to: anglersmail@ti-media.com YOU could get into print with us.

How things have changed for carp in the UK. Just a generation ago, this introduced species was relatively limited in…

And the Angling Trust, angling’s governing body, have called for the Government to carry out a comprehensive scientific study to…